We already picked 4 rounds of coffee. First round was in August, there was not much ripe coffee, I picked alone, Terry was working on our building project on other farm. This was first year, I didn’t feel lonely when I was picking alone. Sometimes I listened to music or podcast, sometimes I just enjoyed the peace and quiet. I didn’t feel overwhelmed by the work or feel helpless, I just did what I could that time, hoped I will find some helpers later.

Terry works very hard, way harder than me, and I couldn’t even help him with certain works. My mom told me many times before, loving Terry and don’t let him work too hard, taking good care of him, so he can live a long life with me and Sonny. But Terry is not changing the way he works, he said about the ability of working, “if you have it, you use; you don’t use it, you’ll lose it.”

Juan and his uncle, who helped us for years, went to mainland this year and didn’t come back. I didn’t know where to find coffee pickers, but I knew it won’t be easy this year. More and more coffee was getting ripe, I prepared to spend many days on the field picking coffee with Kathy this year. Then one day, a friend gave me a coffee picker’s phone number whom he used once. I called the number and met the guy at our post office next day, showed him our whole farm. Next day his wife, brother and friends came and picked the second round. The better part is that, his brother lives nearby, he can keep an eye on our coffee, they came to pick when the coffee getting ripe. I saw them many times on our road before, but never talked to them. Now I think I’m very lucky to meet them and get their help.

At the third and fourth rounds of picking, Kathy came to help too. She is an amazing woman, wish when I reach to her age, I can be as strong as her. 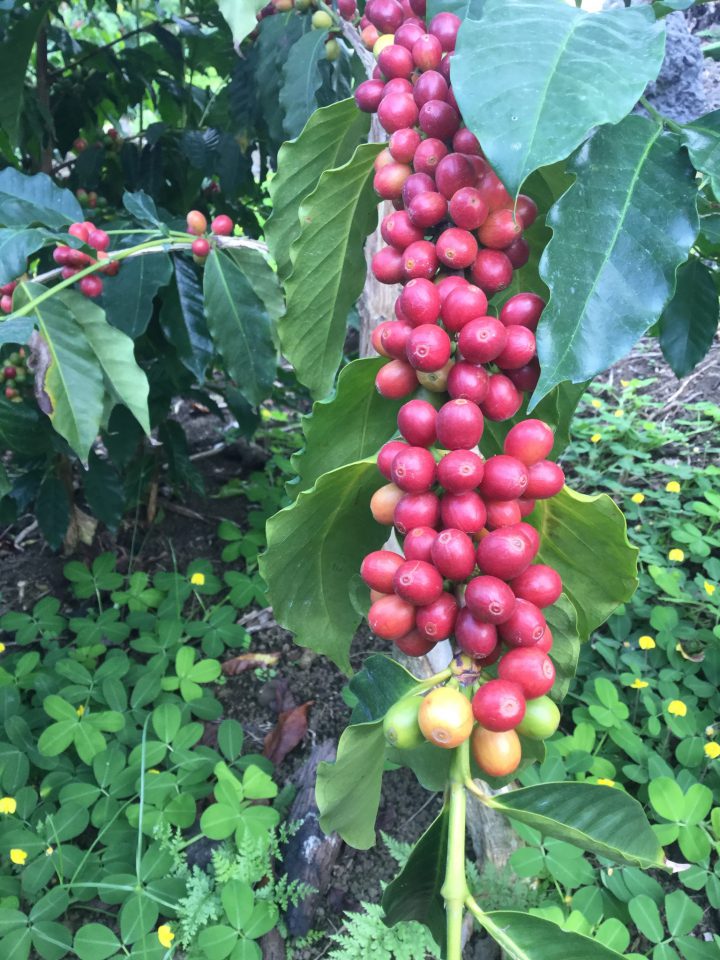 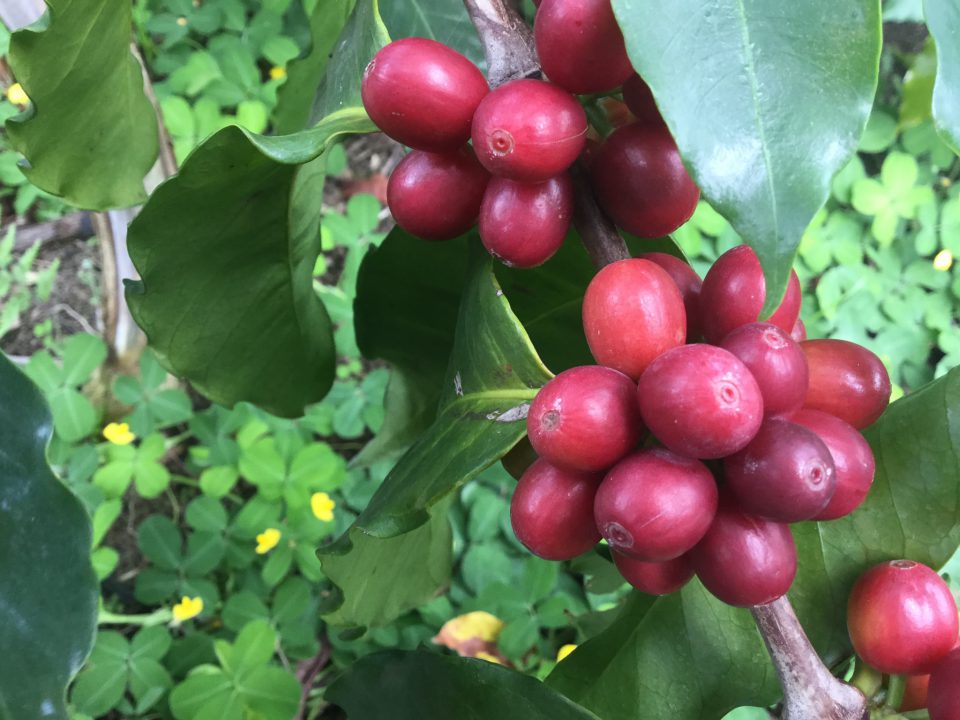 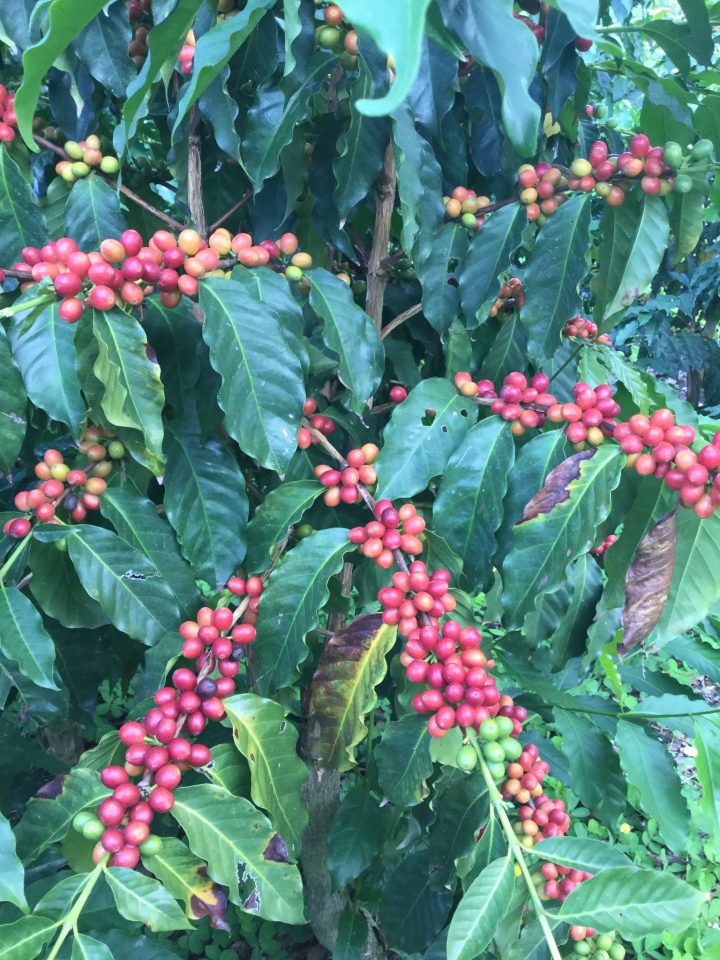 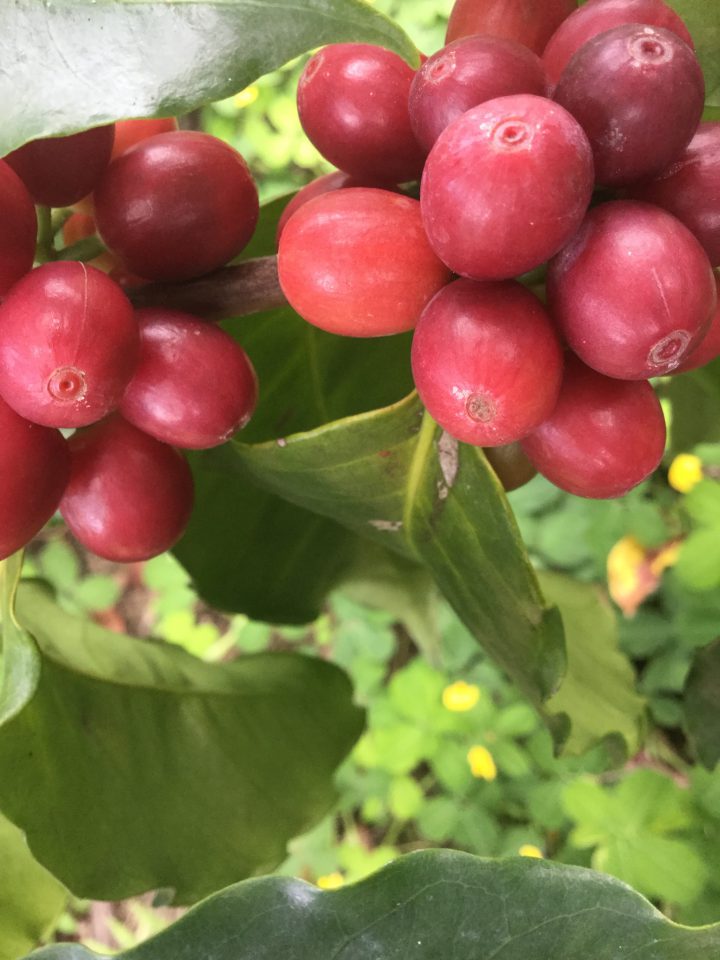 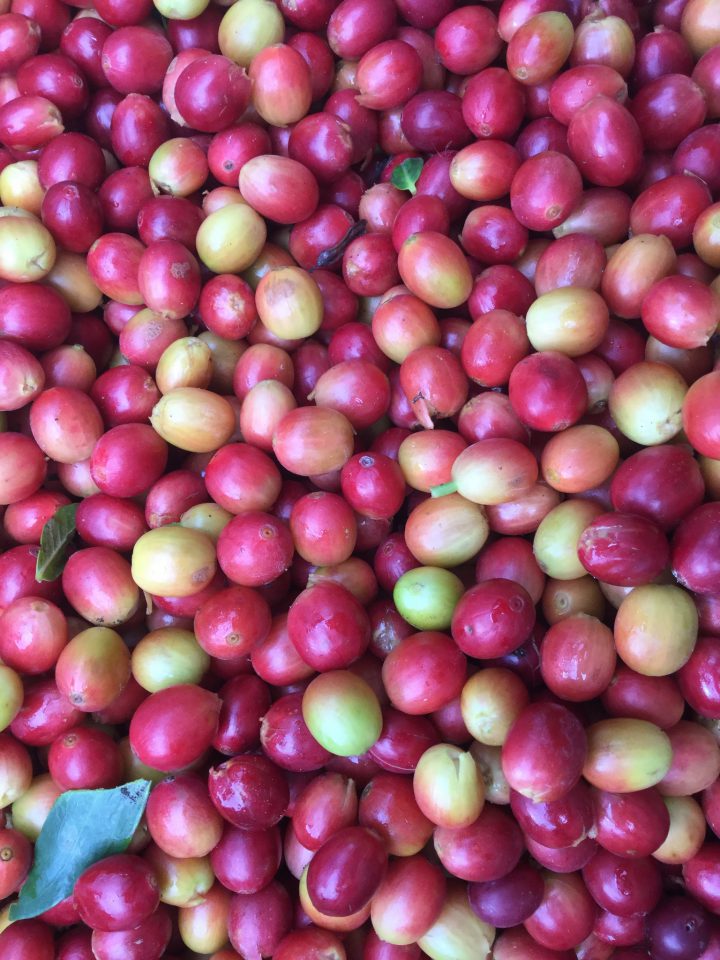 This Summer break, we didn’t go anywhere, spent most times working on the farms. At the beginning, we asked Sonny to make his own daily routine plan. He remembered that we let him to have free time with his games as long as he finished his routine works last Summer, so he stayed up to 11pm or 12pm often. When the school started again, he realized he needed more sleep, he took a nap after he came back from school every day in the first week of school. He learned his lessons, he decided that he could stay up to 9:30pm from Monday to Thursday, 11:30pm from Friday to Sunday. I liked his plan, and asked him to add two hours farm work from Monday to Friday. I told him, he grew up on a farm, we needed his help and he could earn some money too. He agreed with it. Then next day, he asked to give him Wednesday off, I gave in. The best thing is that he kept his promise. Sometimes, Terry and I both went to other farm to work, he stayed on this farm pulling weeds alone.

He is in second year of middle school now, they have debate class which is his favorite class. He could spend lots of time doing research on line, often he shared their debate topic with us, and the fun debate moments in the class.

One day, I picked him up after school, we had an interesting conversation.

He asked me:” Mom, if you love someone, but this person doesn’t love you; and another person loves you, but you don’t love that person. Who should you choose to marry?”

I said:” Neither of them. You should only get marry because you love the person and this person loves you too.”

I thought for a second, add, “If someone tells you, she loves you, you could try to see, can you find that kind of love in your heart toward her. If not, you have to be honest to yourself and to her. Now think about your dad and I, daddy loved me first and told me, then I found the love in my heart toward him, so we married. If in the future you couldn’t find a person to love and she loves you back, you don’t have to get married, you could live alone and still enjoy your life. Getting marry is just one kind of way to live your life, but not the only way. Living alone still can have a good life.”

I didn’t know why he came up with this question, I’m just glad, he is open and willing to seek my opinion when he has a question. I can share my thoughts with him, but he has to think about it himself, make up his own mind. Wish we can always talk to each other like this, even after he grow up.